How is the new iPhone 14 Pro better than its predecessor? This is the big question of the special comparison iPhone 14 Pro against the iPhone 13 Pro. To find out, let’s look at the differences between the two devices to get an opinion. Place in the duel.

New range, new chip, new photo sensors, satellite connectivity… during its keynote, Apple presented its new iPhone 14 Pro with enthusiasm and challenge. The year 2022 was to be a year rich in novelties on the Apple brand’s smartphone. But in view of the supply difficulties and the fact that innovations on smartphones are rarer, it was necessary to redouble our imagination. The new iPhone 14 Pro still differs well from the iPhone 13 Pro on certain points.

To help you choose between an iPhone 14 Pro and an iPhone 13 Pro, we offer you a comparison to highlight the differences. We will also talk about the commonalities, because there are some, as you can imagine. Apple, however, maintains its strategy of placing greater emphasis on its devices in the “Pro” range. In other words, the iPhone 14 is worse than the iPhone 14 Pro. And to a certain extent, the iPhone 13 Pro is similar to a classic iPhone 14. No hasty conclusion to hold for the moment, but it is a point to consider. 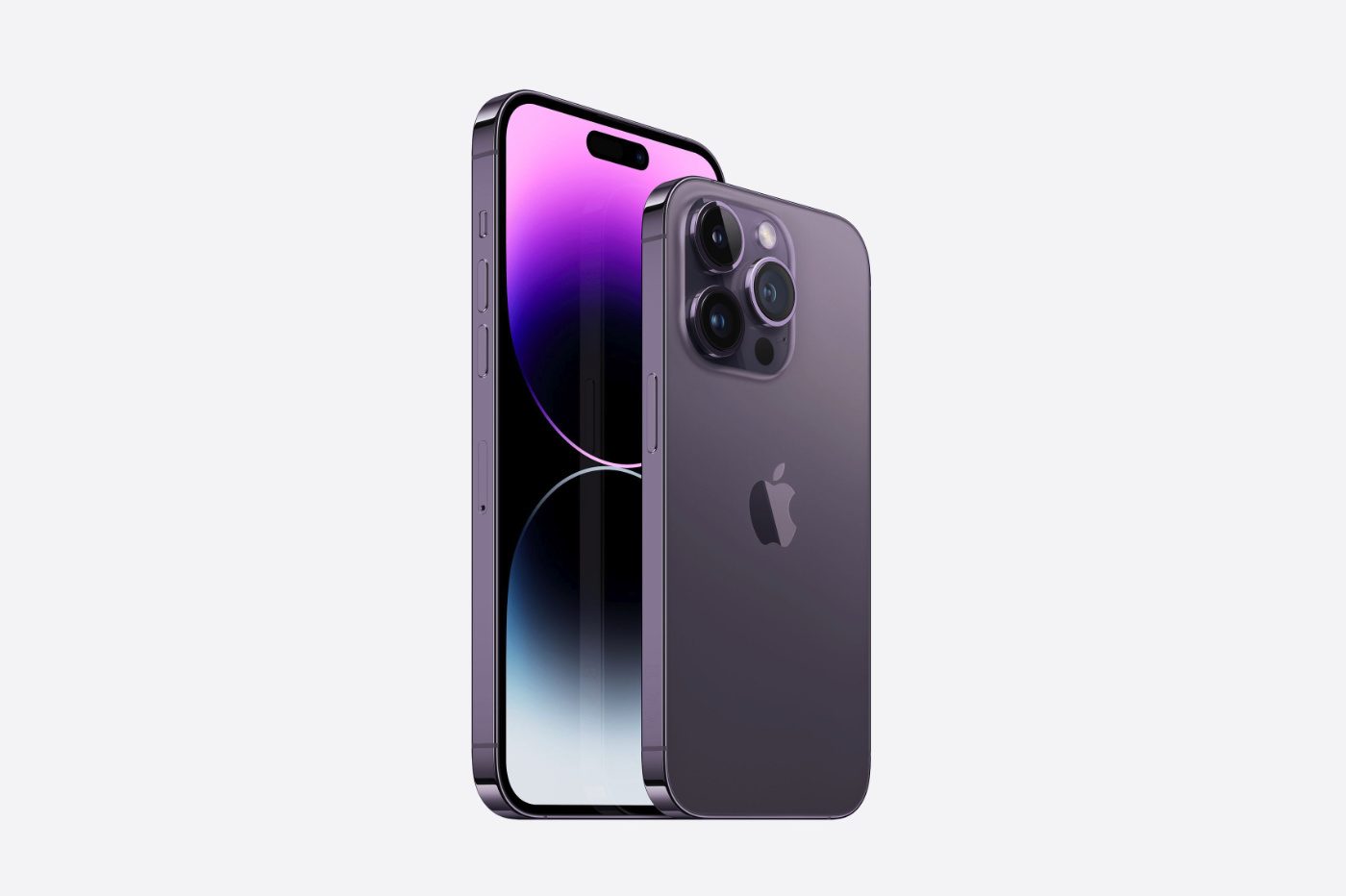 This year, Apple held its keynote under the name “Far out”, with a particular emphasis on the great outdoors. We understand the analogy: the Max range is deployed on the classic iPhone 14 and there are therefore now two versions of the iPhone with the largest screen of 6.9 inches: iPhone 14 Max and iPhone 14 Pro Max. “Far out” also recalls the new connectivity which will make it possible to receive SMS via satellite. Finally, with a punch instead of a classic notch, the art of opening is also respected.

In our comparison, we are looking at the iPhone 14 Pro and iPhone 13 Pro, which both have a 6.1-inch screen.

The differences between iPhone 14 Pro and iPhone 13 Pro

To be able to recognize an iPhone 14 Pro at first glance, you have to look at the screen. Gone is the traditional notch of Apple, faithful to the mark since the iPhone X. From now on, there will be a punch. The first difference between iPhone 14 Pro and iPhone 13 Pro concerns the integration of the selfie camera and FaceID in the form of a punch rather than a classic notch. To integrate it as well as possible, Apple has optimized the integration of the software (“Dynamic Island” on iOS 16) with animations for notifications starting from this black punch. 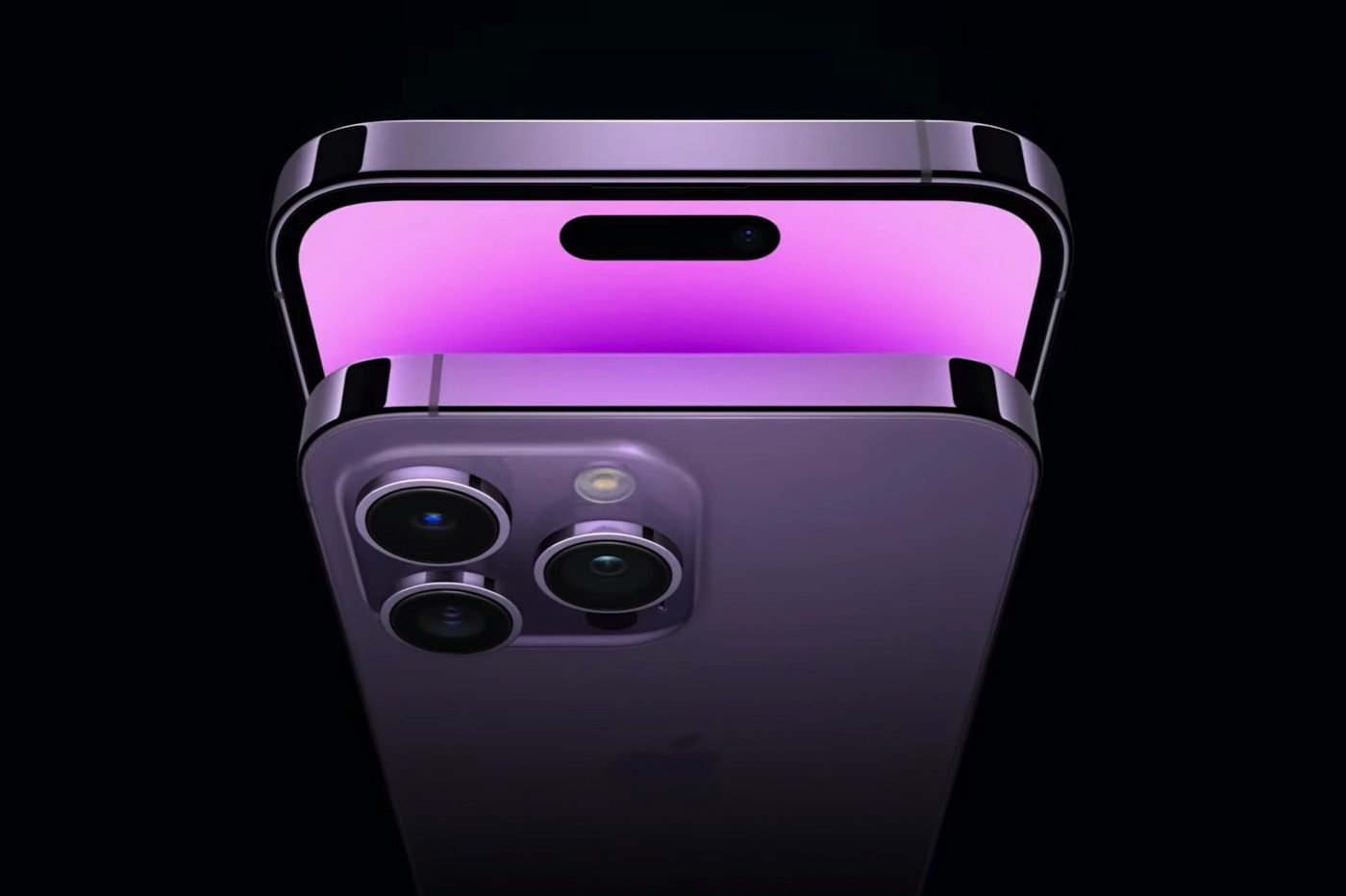 Both smartphones claim a screen diagonal of 6.1 inches but there will logically be more screen display space on iPhone 14 Pro than on iPhone 13 Pro. The iPhone 14 Pro screen is much brighter. At 2000 nits maximum, it is also the brightest screen available today on the market.

To find other changes between iPhone 14 Pro and iPhone 13 Pro, you will have to turn to the colors. Apple always distinguishes itself from the classic range. For the new generation, the iPhone 14 Pro is available in Deep Purple, a midnight purple that is positioned as the launch color. The rest is classic: black, white, and gold color. On iPhone 13 Pro, the launch color was blue and the black proposal was replaced by a graphite gray. Last spring, the famous alpine green color was added.

Both products have a 120 Hz OLED screen, that does not change. Apple has offered it since the release of the iPhone 13 Pro last year. On the other hand, there is now Always-on-Display technology on iPhone 14 Pro thanks to ProMotion. The refresh rate can thus be reduced from 120 Hz to just 1 Hz in order to significantly reduce battery consumption. The always-on Display, which stems from the technology, keeps the iPhone 14 Pro screen on. This mode comes from the Apple Watch which allows it to display the time continuously. 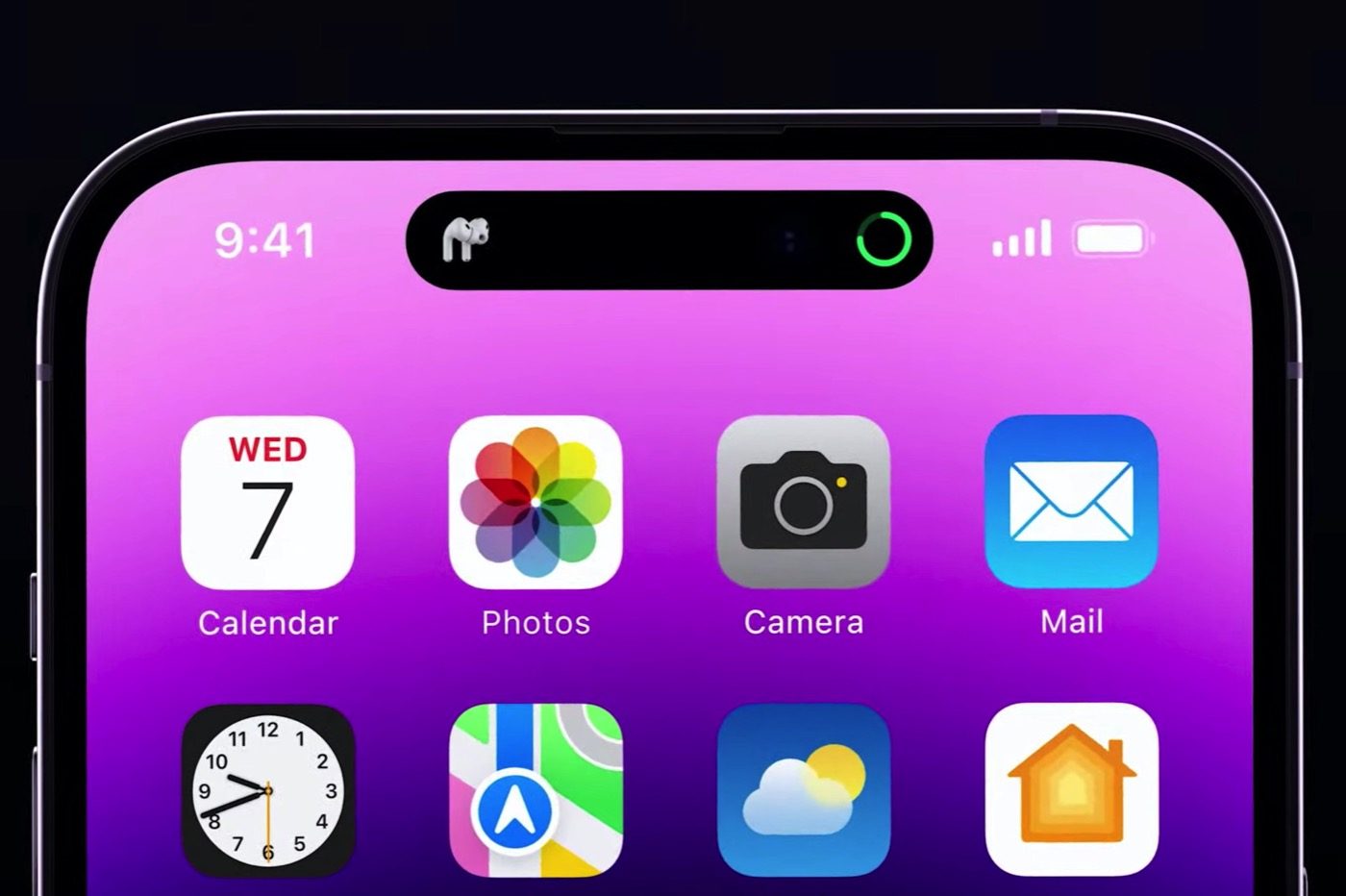 In the past, iPhone 13 and iPhone 13 Pro could slow down their refresh rate to 10Hz, which already saves battery power when animation needs on the screen are less. Of course, this is found on iPhone 14 Pro. As we said above, the screen of the iPhone 14 Pro also stands out for its brightness (the best on the smartphone market). Compared with a classic iPhone 14, it is almost twice as high all the same.

In terms of outright capacity, the new chip (and its 16 billion transistors) would be 40% faster than the competition according to Apple. Among its improvements, is a GPU (for display) with 50% more bandwidth. It should allow better image processing but also support multiple animations arrived with the integration of iOS 16. 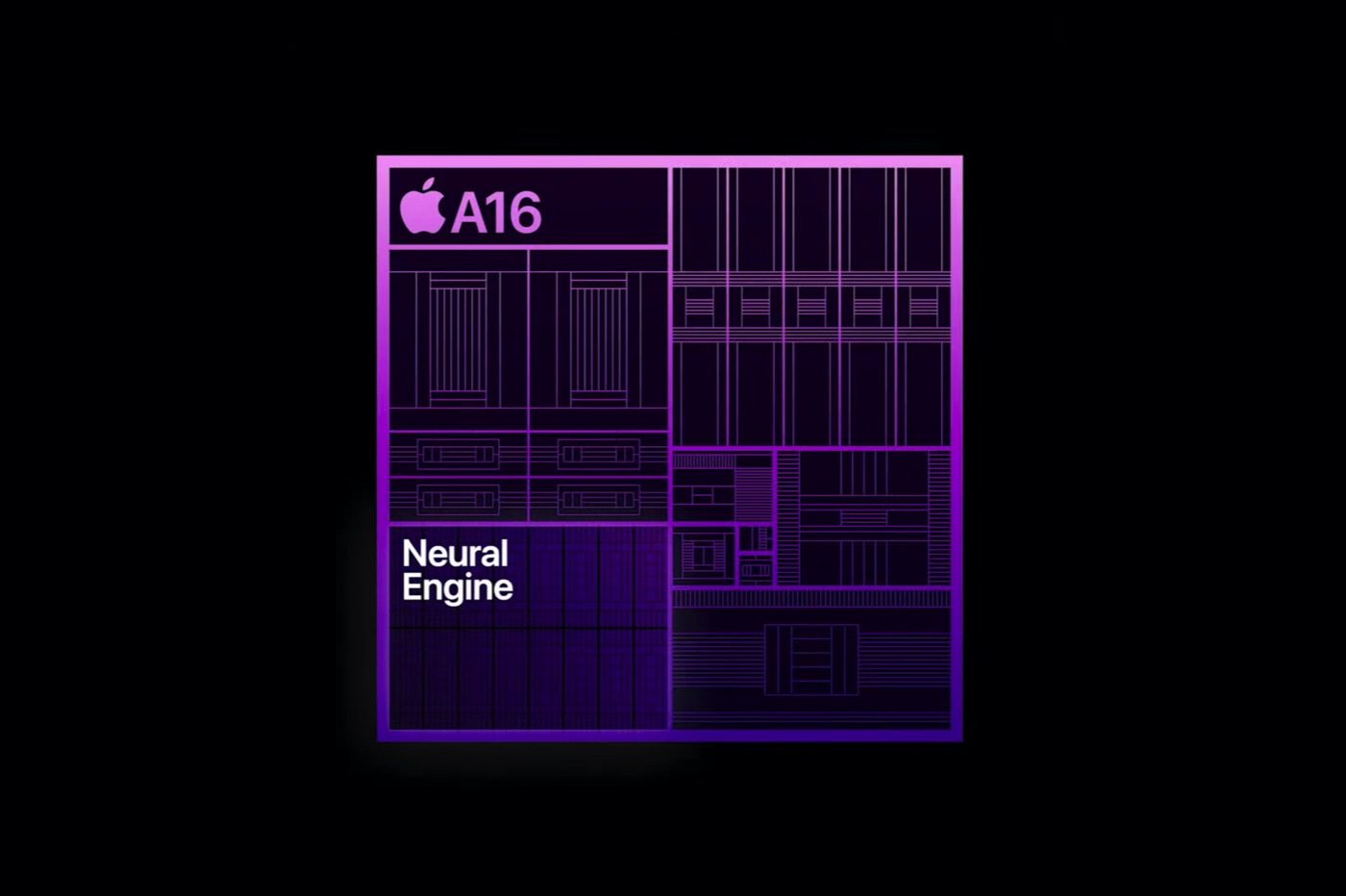 For storage space, you always have to rely on the classic iPhone Pro declination palette: 128 GB, 256 GB, 512 GB, and 1 TB. For this year, no 2 TB of storage on the program, one of the most popular rumors circulating before the keynote.

During the conference, Apple highlighted the arrival of new satellite connectivity. It is limited to the security part because it will only send emergency messages. Bandwidth being expensive and low, it is not possible to send messages for other reasons than to prevent emergencies in case of need, in remote areas. Nevertheless, this is part of the table of novelties, while Apple has shunned the integration of WiFi 6E for its new iPhone. We will still appreciate the arrival of Bluetooth 5.3 for better stability (Bluetooth 5.0 on iPhone 13 Pro). 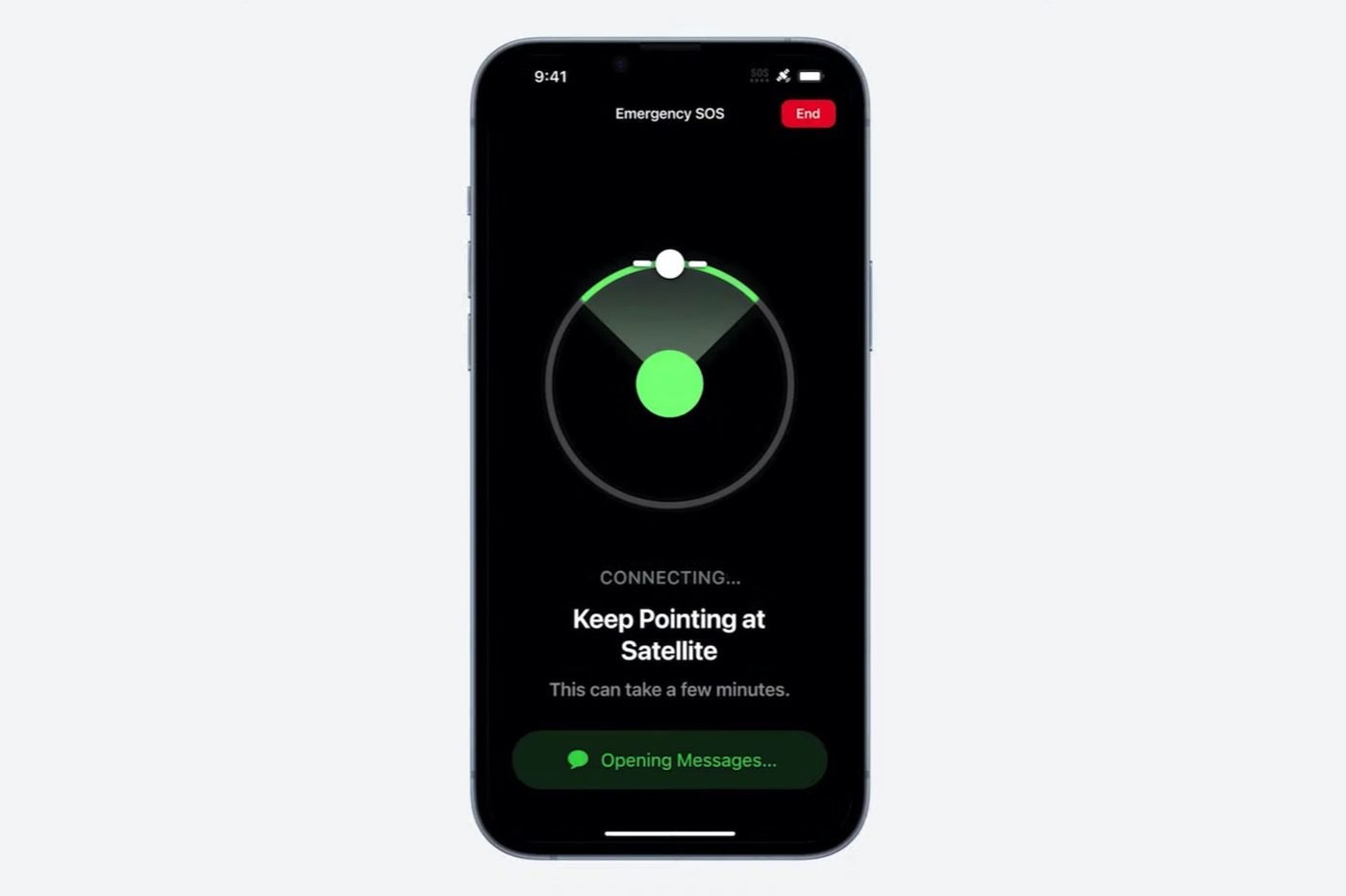 Apple is launching a new module on iPhone 14 Pro: it has a 48 MP main sensor, much larger than the 12 MP of the previous iPhone 13 Pro (68% wider). Until now, all sensors on iPhone were limited to 12 MP. The main sensor on iPhone 14 Pro will be able to improve several crucial points on the cameras of the device: the ability in low light and the level of detail when zooming in on the photos.

Thanks to a larger sensor, the device will be able to capture more light without having to resort to an increase in ISO (which has the effect of degrading the photo with the grain). If necessary, 4 pixels can be grouped together to form more than one and thus form 12 MP photos of very good quality. Apple called this tool “Photonic Engine”. 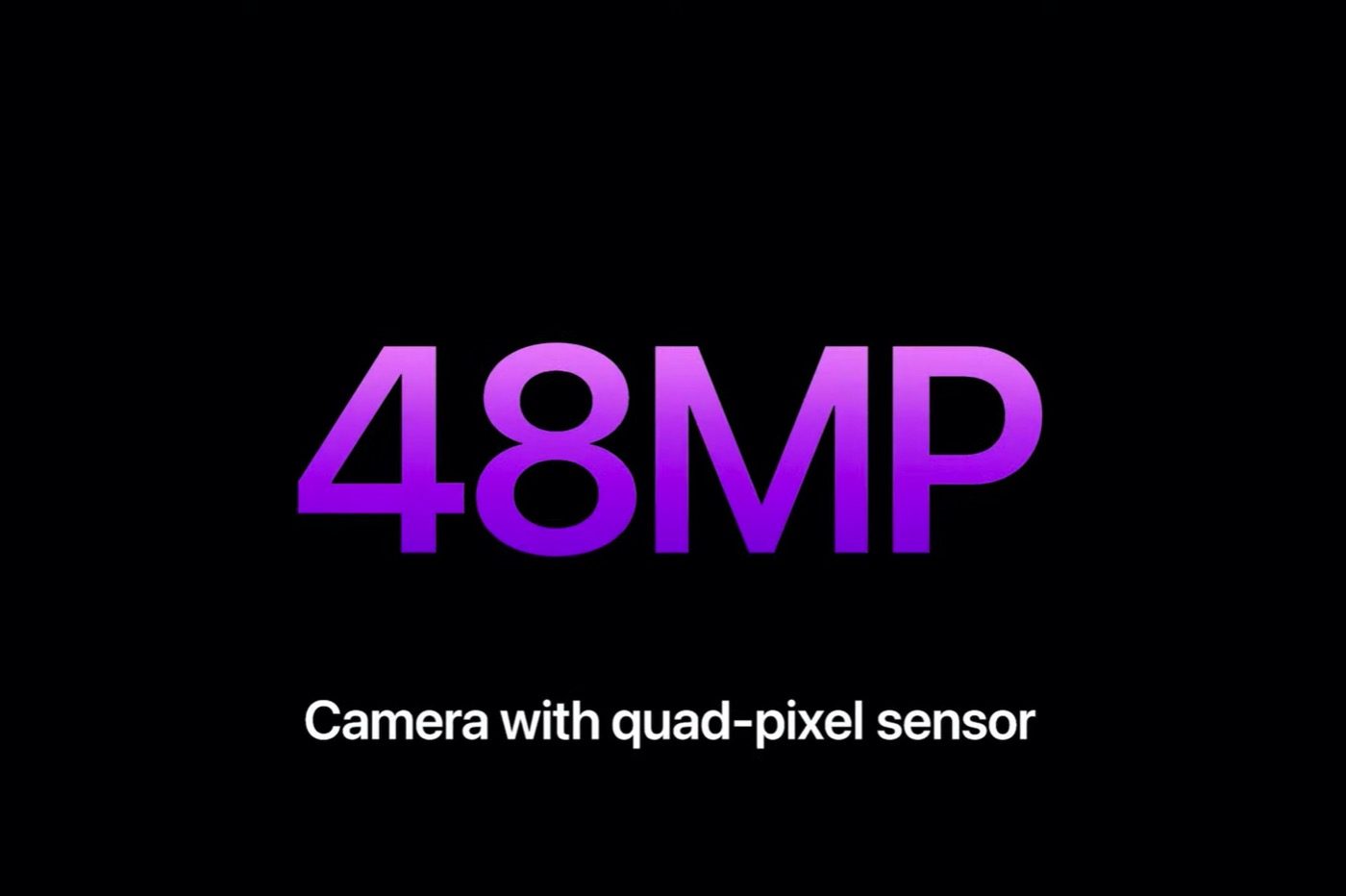 In addition, the device still consists of an ultra wide-angle sensor and a telephoto lens. They are essentially the same as those on the photo module of the iPhone 13 Pro, but the ultra wide-angle still has a larger sensor. The LiDAR sensor is also included, as is the flash – improved for the occasion with directional technology depending on the lens used.

Up front, selfie and video call fans will benefit from Autofocus. It was not available on iPhone 13 Pro and it is exclusive to the iPhone 14 Pro range. Apple integrates a TrueDepth sensor with a larger aperture (ƒ/1.9 instead of ƒ/2.2) for better low-light capability and more background blur. 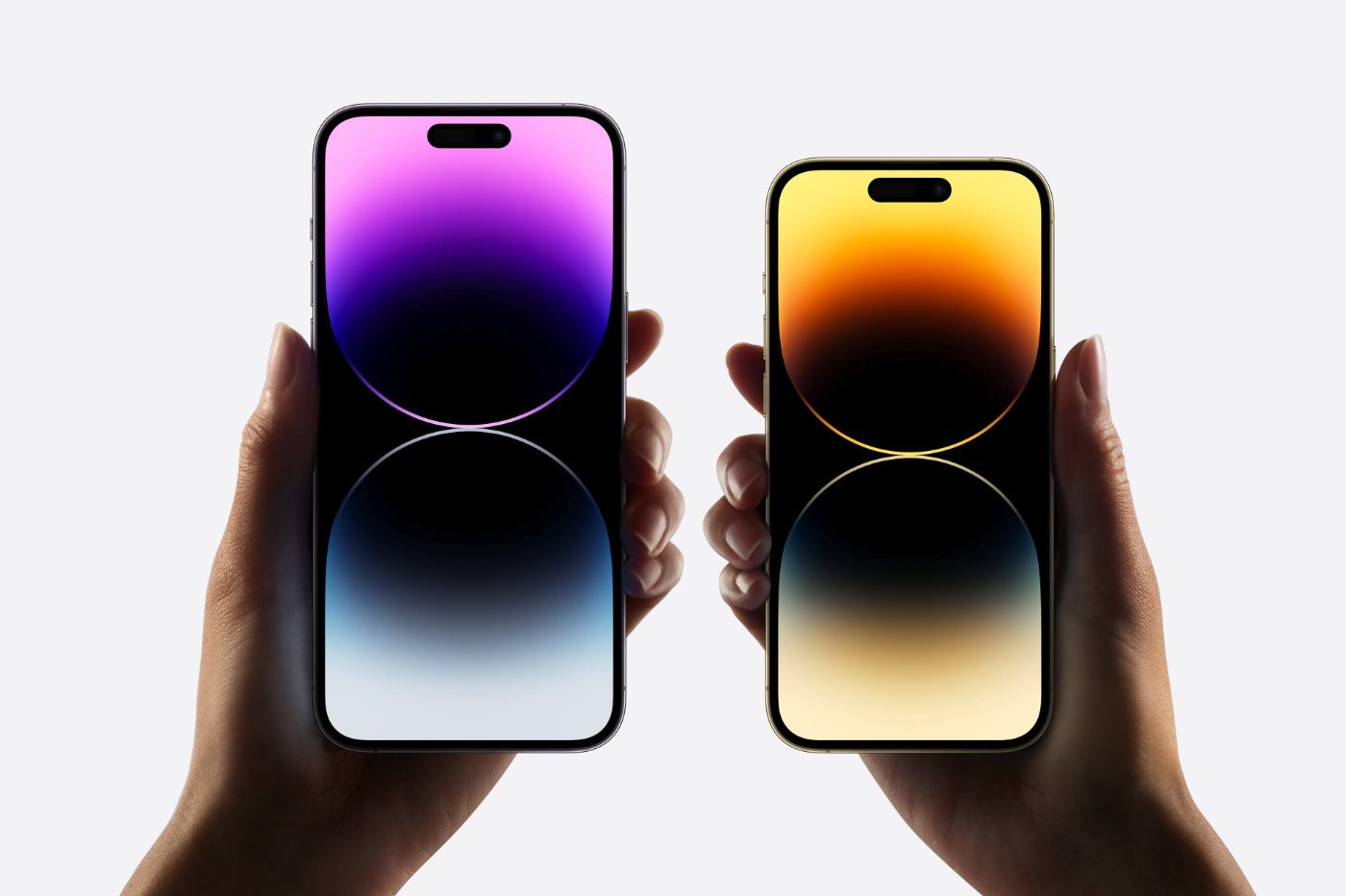 Differences in price and financing

Apple has passed a milestone this year by placing the price of an iPhone 14 at more than 1000 euros. There is therefore no longer a version for less than 1000 euros, while the iPhone in the “mini” version no longer exists – for lack of popularity. According to the prices displayed by Apple, it takes 1,329 euros for the 128 GB version of the iPhone 14 Pro, against 1,159 euros for an iPhone 13 Pro. On average, the new iPhone 14 Pro is 15% more expensive than an iPhone 13 Pro.

The gap is widening between the Pro range and the classic range on the equipment part. But it is clear that Apple’s strategy now pushes customers to choose the Pro range. The difference is always significant between a classic iPhone 14 and an iPhone 14 Pro but at more than 1000 euros, some might be tempted to add the difference to be able to afford a device with the new features brought to the Pro range.

Apple did not talk about it during its back-to-school event, but the brand could eventually offer a new financing offer for its product. In view of its price, it is rumored that a new subscription formula could arrive. Owning an iPhone would go through monthly installments instead of a one-time payment. It will be necessary to remain attentive to an announcement of this kind in the coming months while Apple has been betting on services since the arrival of the iPhone 11: Apple Music, Apple TV+ Arcade, iCloud+ or even Fitness+ now gathered under the Apple subscription One. 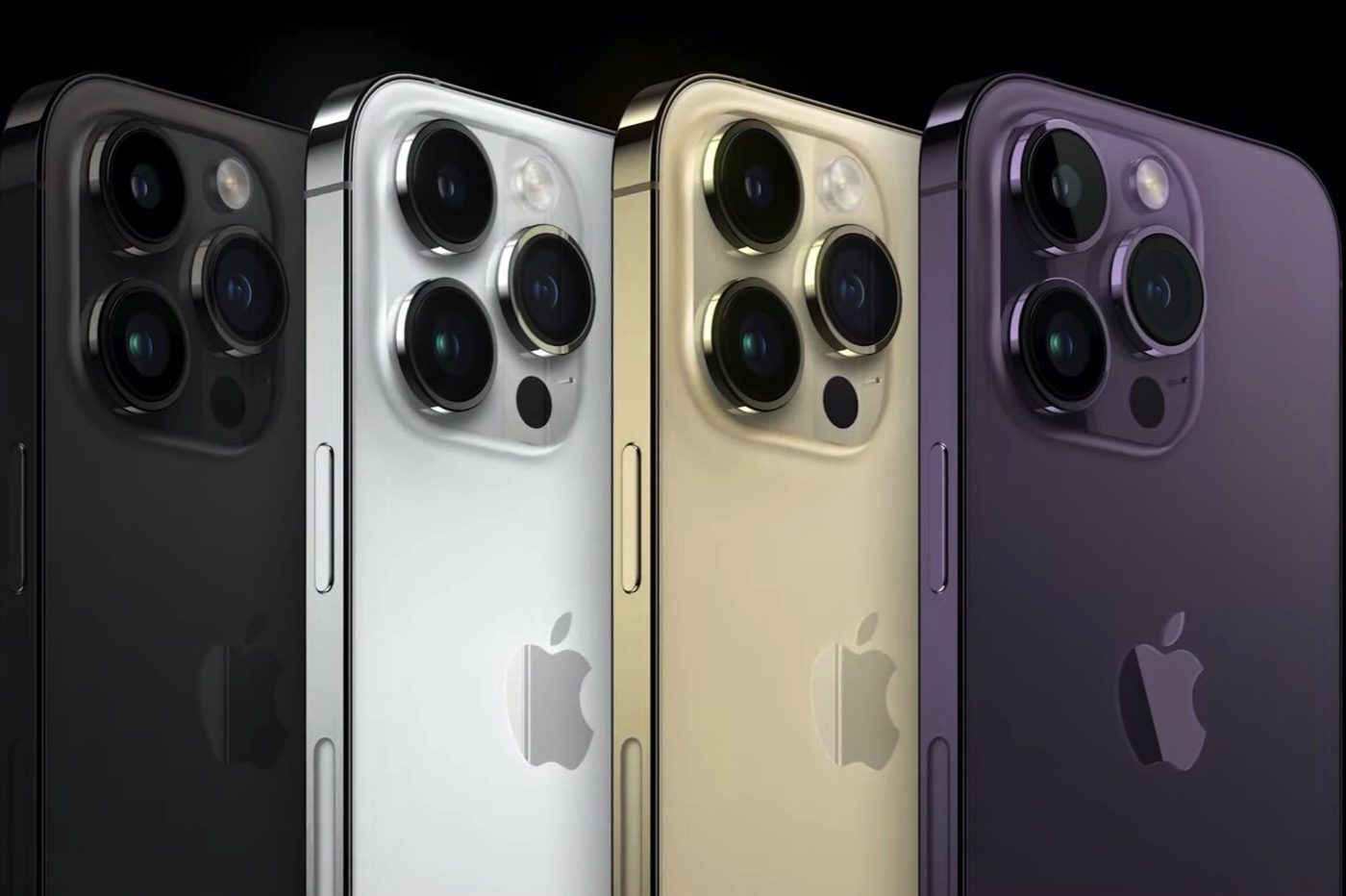 With the difficulties in the sector, Apple has remained generally wise in 2022 and it will certainly be necessary to wait for iPhone 15 to see the arrival of USB-C, reverse charging a potential return of TouchID, or even an iPhone in eSim in Europe. In the meantime, several common points can be observed in iPhone 14 Pro and iPhone 13 Pro. This could guide you to know if it is not better to stay on an iPhone 13 Pro depending on your usage.

For some of the basic characteristics of a smartphone, iPhone 14 Pro and iPhone 13 Pro are an equal match. We think of the 5G connectivity which does not change, the design with the angular borders, the overall style of the smartphone, or even the entry-level storage capacity: always 128 GB.

Devaluation of iPhone 13 Pro and the possibility of recovery

Some might think that with such similarities, it is better to keep your old iPhone. They are right in a certain sense. They will not be overwhelmed by the technologies present on iPhone 14 Pro. That said if you are looking to change your smartphone regularly, switching quickly to the new generation allows you not to see your current iPhone too devalued. The more the months go by, the more your iPhone 13 Pro will lose value now that a new generation exists. Choosing to have it taken back lowers the purchase price of a new iPhone 14 Pro.

Apple updates its products for 6-8 years. This means that the brand continues to support its products to offer them the latest versions of its operating system, as well as updates for the security of the device. Buying an iPhone 14 Pro today, therefore, allows you to be able to equip yourself with a device that can always be up to date until at least 2028. 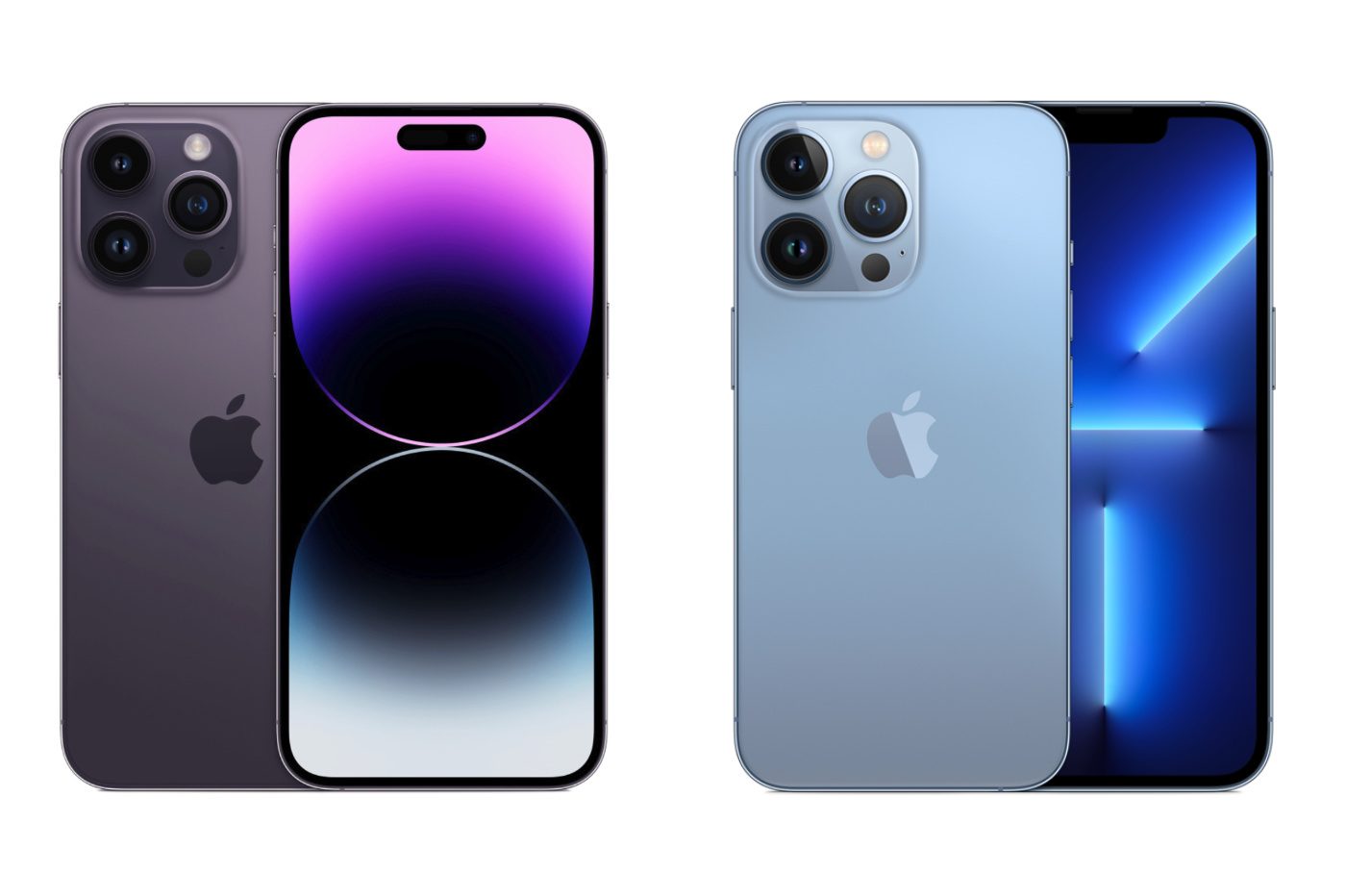 After the arrival of the angular design on the iPhone 12, Apple did not offer any changes in the design of its products. For 2022, you have to opt for an iPhone 14 Pro in order to see the notch disappear in favor of a punch. This novelty, underlined by the software integration, is not revolutionary but changes the user experience a little. It thus distinguishes an iPhone 14 Pro from an iPhone 13 Pro.

Added to this, therefore, is the new Always-on Display feature to keep the screen on without losing too much battery life, as is the 48 MP camera for clearer photos at night and a greater level of detail during the day. On the security side, emergency calls by satellite are added to the accident detector which automatically triggers the emergency call.

Otherwise, we find the classic updates such as the arrival of a new, more efficient, and efficient A16 Bionic chip. Bluetooth goes to 5.3 and Autofocus arrives on the selfie camera. For the rest, little change. If you are looking for increased autonomy, you will have to switch to a “Max” or “Plus” model, otherwise, you will not see any change between an iPhone 14 Pro and an iPhone 13 Pro.

View all posts by amerbekic